Chef Scott Davis brings the savoury, the sweet, and the spirited to the streetside space of ANEW

When Chef Scott Davis took over the kitchen at Bowood Farms’ Café Osage in Summer 2017, one of his first priorities was culture – as in sourdough culture. “We’ve been nursing and babysitting it for a couple of months,” Davis says, “so we’re really ready to bring it out.” 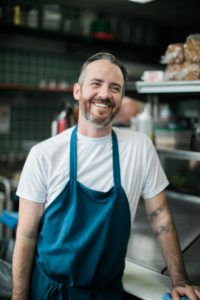 Carb lovers in St. Louis can anticipate the debut not only of some wonderfully tangy bread but also several fresh-baked pastries and desserts made expressly for the three-day Café Osage: A Seasonal Test Kitchen pop-up at ANEW. 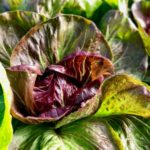 Along with the sweet baked goods available only at 519 N. Grand from December 13th–15th, the menu includes “ingredient- and vegetable-driven” items unique to the pop-up – made with what’s fresh, and inspired by what’s been close to Davis’s heart and the many places he’s called home.

In the Q&A below, Chef Scott talks family, familiarity, and fun.

Is there anything about cooking that (still) scares you as a chef?
SD: “It’s usually those things people are really familiar with – things that maybe they make at home, or their grandparents or parents made – that make me think of nervousness with cooking. Making a challah loaf seems like an easy undertaking, but it’s something people have a connection to already, and doing it in your own way is sometimes a little intimidating.”

How did cooking start for you?
SD: “I finished culinary school about seven years ago, but I’ve been cooking my whole life. I remember cooking at home – probably when I was about four? – with my mom… [it]’s always been a big part of who we are as a family. I’m an only child, but there were a good amount of cousins around me. And my family comes from that kind of British background of Sunday roasts. Sundays were always a very communal thing for us – getting together at someone’s house, the large spread of food…" 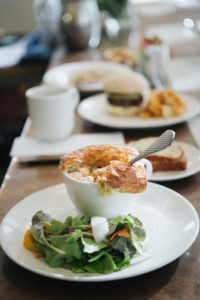 "Food has always been nostalgic for me. It’s like a memory relive[d] – a connection to my family and my travels that can be shared with others.”

What pop-up dish would the kid version of you have wanted?
SD: “Salmon pot pie would be something my younger self would have enjoyed. I always gravitated toward chowders and pot pies – they are messy and fun to eat. Rich, creamy, and comforting.”

Café Osage has a loyal following and strong reputation tied to a permanent physical space. What appeals to you about popping up at the ANEW Test Kitchen?
SD: “Whereas Café Osage is this little bit of country in the city, ANEW has more of an urban landscape. It’s a lot more modern, but it’s a very welcoming, warm space, a nice change in backdrop.

It’s a different experience [coming to ANEW.] We get to strip down Osage to the bare bones. We get to focus on new food and eliminate those favorite items that people associate with Osage. And it’ll be a little livelier at ANEW – the music will be a little faster, a little louder, more upbeat.”

“Café Osage has been around for about a decade, and our Seasonal Test Kitchen pop-up is a chance for people to see us in a new way. ANEW is a brilliant space to show people we’re up for change." 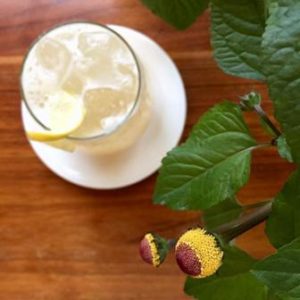 Is there anything about the pop-up’s closing happy hour – which includes a special cocktail portion – particularly happy?
SD: “Our bartender Paul has a heavy pour.”