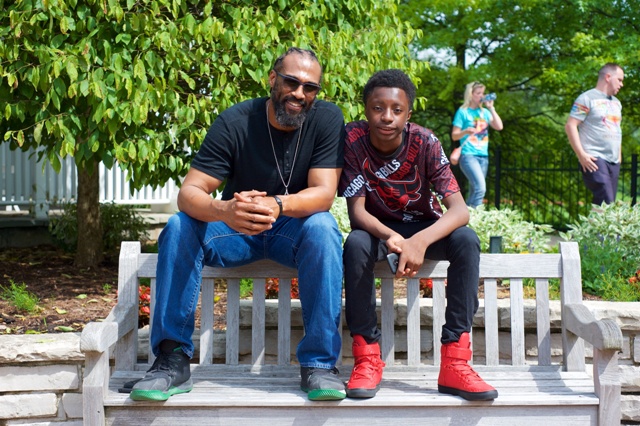 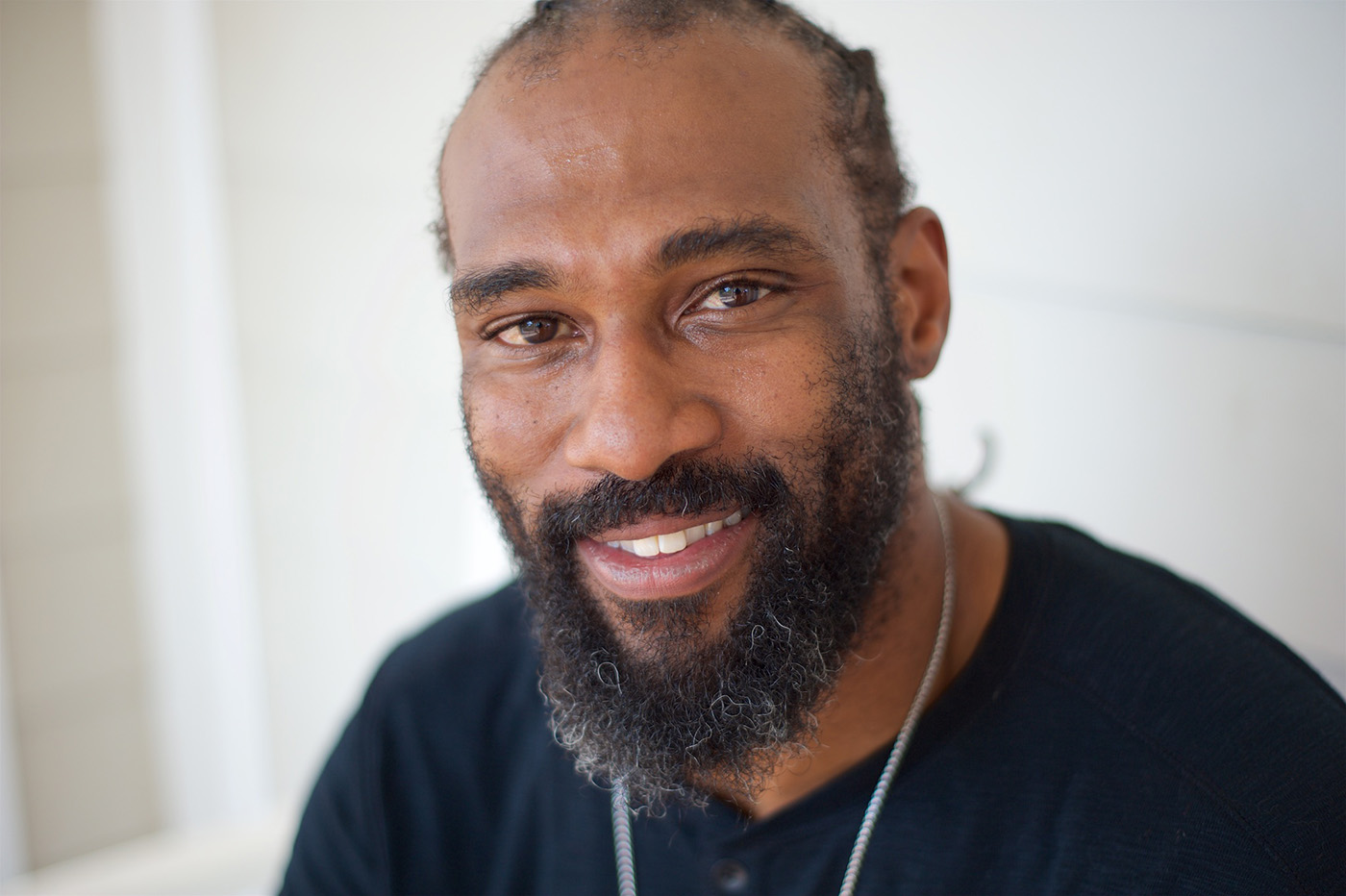 Randy Wilford was 10 when Big Brothers Big Sisters of Eastern Missouri introduced him to Bill Smith, the agency’s longest-serving (and most decorated) Big Brother. Now 41, Randy shares what made that match such a profound part of his life – first as a child, and now as a Big Brother himself. 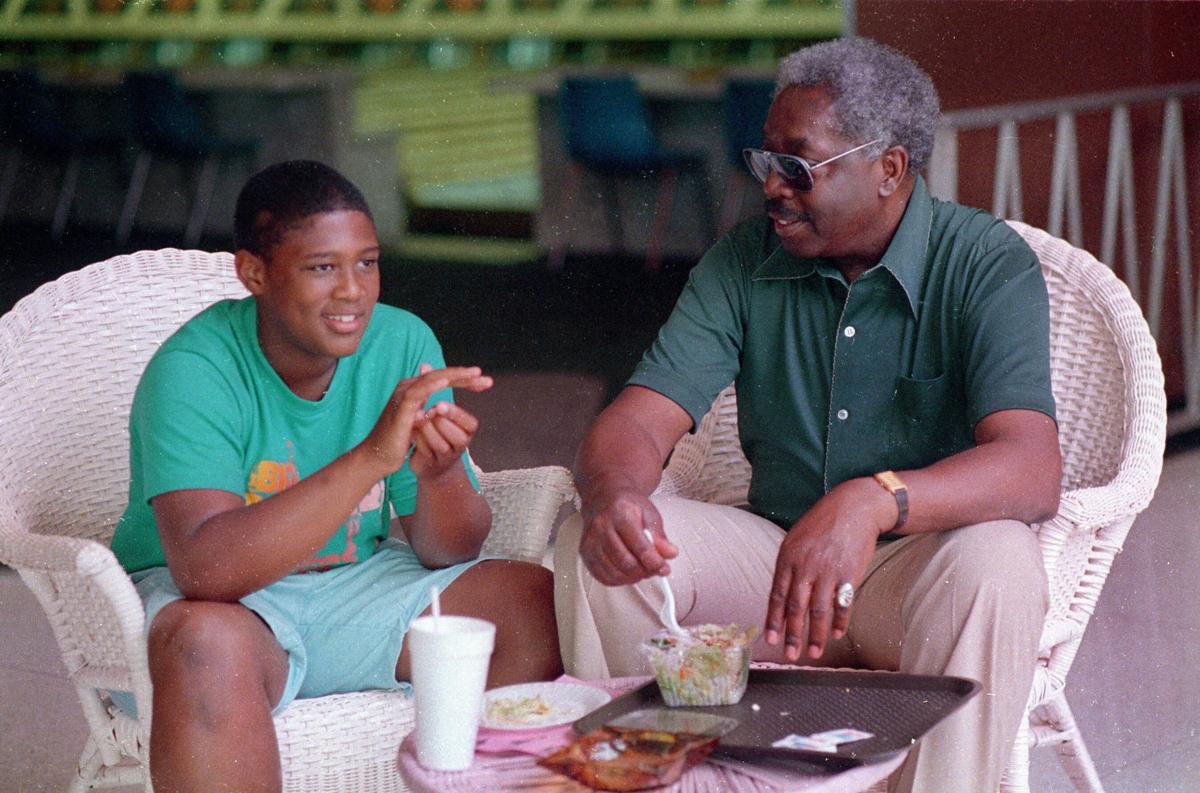 What does the photo above show about your experience as a Little?

I was cared for. Looked after. Every Saturday Bill would pick me up to go bowling, and to Soulard Market for donuts and pizza. I think him coming so regularly had a lot to do with my mom. She was a drug addict and I spent a lot of time babysitting my two younger brothers and a sister. Bill got me out the house to see different things. We didn’t really talk much about her habit, but we moved around it. He actually knew what times were bad or good just by phone calls. It never ceases to amaze me that he knew when to show up.

How did Bill’s impact on your life lead to becoming a Big yourself?

Bill was an aged, seasoned man. I was a lost boy on the cusp of being either bad or good. The craziest part is that I knew I wanted to be good. Seeing him, and watching and listening to him all developed me into the man I am now.  I’ve met a few other men in my life, but I can count on one hand what they gave me compared to needing fingers and toes to tell you what Bill poured into me.

The biggest thing was the void of Bill being gone. When I went to visit [his wife] Miss Ruby, there were Big Brothers statues and awards and bowling trophies everywhere… I couldn’t take it. I just missed seeing that all the time. And Bill showed me no other way but to be a helper, a teacher, a grower. I felt like even if I didn’t do anything but help one Little, I’d be doing that Bill thing. Becoming a Big was really about being faithful to the relationship that saved my life. 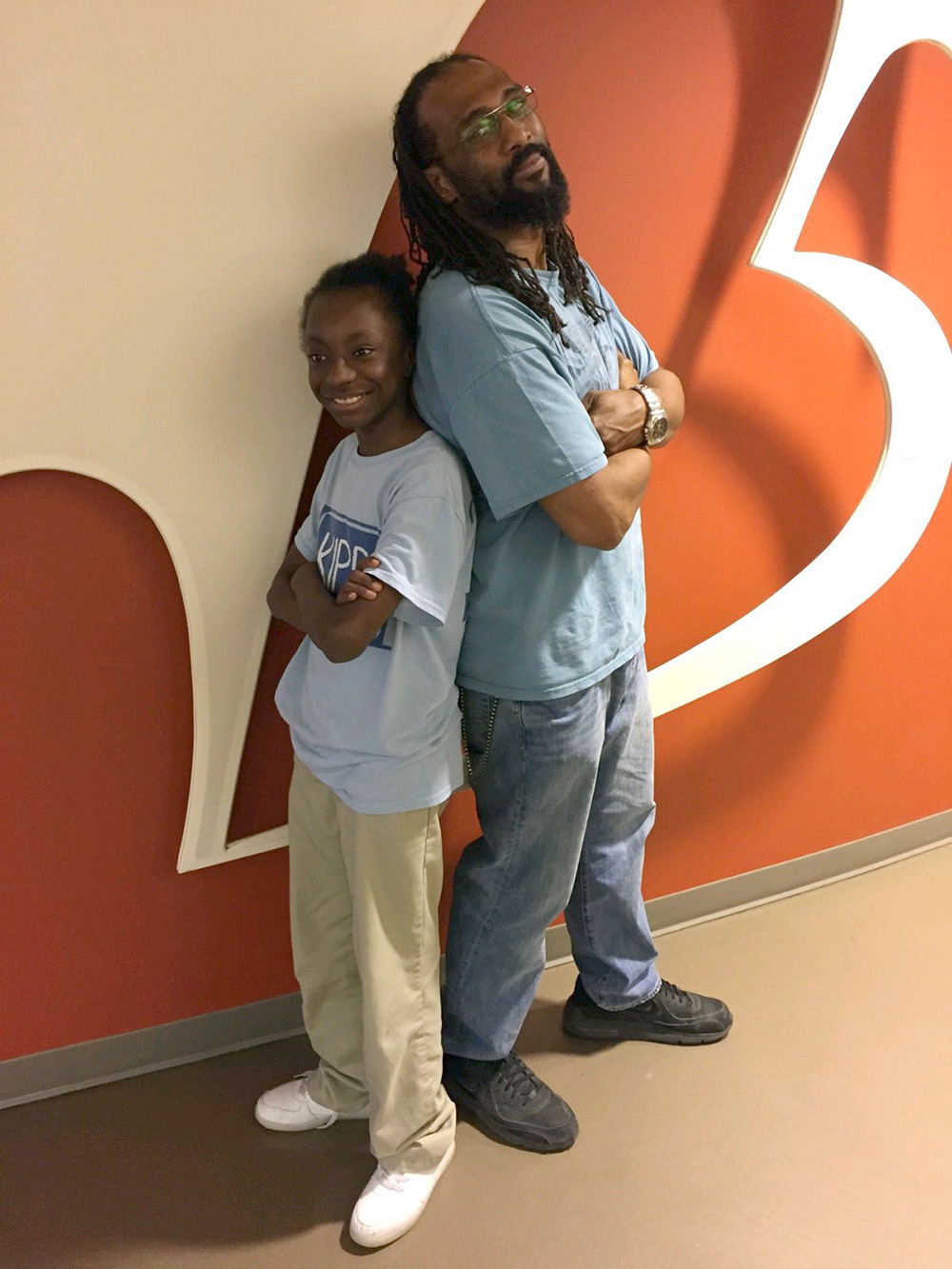 Randy and Kiari at their first-ever meeting in 2017.
Photo Credit: BBBSEMO archives

Does Bill show up in your match with your Little Brother Kiari?

Bill made me use his first name. I was 10. It felt weird every time I said it, but I forced it because I saw on his face he was sincere. Kiari and I have an understanding. He actually asked, ‘Do I call you Mr. Randy?’ I was like, ‘Drop the ‘Mister.’ Now if you find a cool nickname and I like it, we go on with that.’ (laughs)

We’ve been through a few conversations where I had to pull out, ‘Bill helped me with this…’ or ‘My Big Brother Bill, every time we’d go out…’ But it’s because I’m trying to get Kiari to communicate more. I’ll tell him, ‘You gotta be harder on me. Don’t let me forget to call and check on you. Text me and be like, ‘Yo, buddy, what am I? just Swiss cheese over here?’ Kiari was like, ‘Yeah, I will, I will.’ And I said, ‘Please. Because I need you just like you need me.’

Big Brothers Big Sisters explained to me that Bigs are friends, mentors, helpmates so to speak. That’s what Bill was for me, what he did for me.

Bigs always say Littles bring fun into their lives. Does Kiari do that for you?

We went to Ballpark Village one time we got some baseball tickets from Big Brothers Big Sisters. Each of us had been there before, but it was our first time. So we’re sitting there and he’s like, ‘Okay. Challenge.’ He puts a little salt on some lemon and says, ‘Can you hold it in your mouth longer than me?’ I find out after I lose he likes testing limits. It was a learning experience and a beat-down. 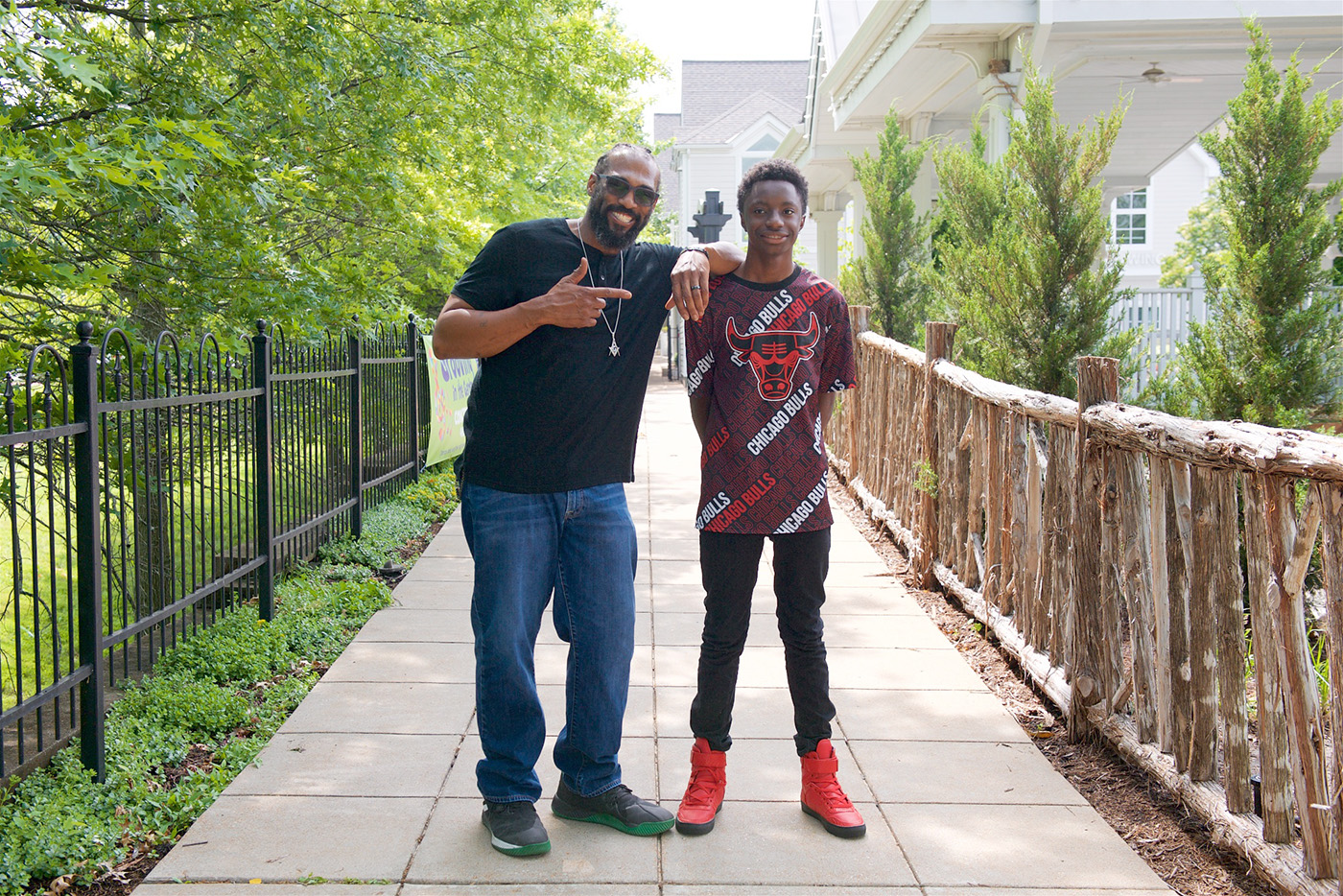 I know Kiari and I would be friends if we were on the same age level. Definitely. I wasn’t the cool kid in school but I was just cool enough. (laughs) The first thing I noticed when I met him, he’s this skinny beanpole but he takes up 500 feet in the room. His personality comes in and look at his smile – it just looks like he’s got something interesting to say. I hate to be the smartest person in the room. How do you learn if you’re always teaching? With Kiari, I’m not the smartest. The best part about spending time with him is there’s always room for fun and jokes but you never, ever know what the conversation is going to be.

Bigs also tell us they change, too, because of their Little…

Shortly after me and Kiari became Big and Little, I became a Mason. Going through that process, I had a lot of people telling me, ‘I see change, man. What’s going on? You’re a lot calmer… you figuring things out?’ If I had to put being a Big and being a Mason on a scale, Kiari would probably be the heavier reason I carry myself differently. 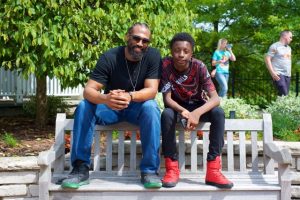 I have Bill in the back of my head, but he doesn’t always pop into my thoughts when I’m in an angry situation. But Kiari does. And it’s not that Bill doesn’t pop up for any particular reason, but with Kiari being his age, I need to be there tomorrow, next week, next month, next year. He actually wants me at his graduation.

What encouragement would you offer someone thinking about becoming a Big?

One of the things people can be wary of is the time requirement. I told my buddy, ‘Look, it’s four hours.’ He was like, ‘Four hours a day?!’ ‘No! Four hours a month!’ Before I became a Big, I’ll say that was one of the things that scared me, too. So when I got the details straight from BBBSEMO staff, I jumped out of my underpants like, ‘Are you kidding me?! I could do four hours every weekend!’ Then, of course, my schedule showed me, ‘No, you can’t, but nice try and thank you for the valiant effort.’ (laughs)

For more of Randy and Kiari’s story, click this link.

Become a Big Brother or Big Couple to a deserving youth waiting to become a Little Brother.
Click the button below to start your application!