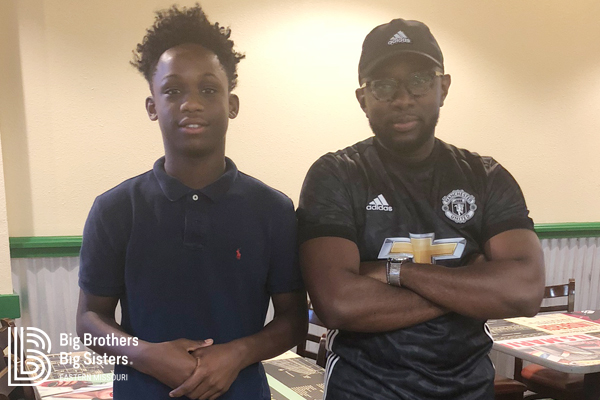 Walé Soluade is a BBBSEMO volunteer whose Big Couple match with Little Brother Ja’Vante reaches eight years this month. In that time, the Soluades have made great memories with Ja’Vante through outings about town, school sports events, and simple hangouts at home.

Walé describes how his experiences as a fellow Black male have figured in his relationship with Little Brother Ja’Vante. In this Big Brother feature, he also shares what compelled him to co-facilitate a recent Volunteer-focused BBBSEMO Listening Session on race, and how race can affect same- and cross-race mentoring matches. 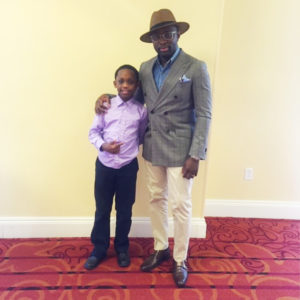 "When beginning the match process about eight years ago, I was intentional in asking about qualities: a Little who was able to speak his mind, who was willing to jump into a relationship… someone I could have discussions with about anything and everything even though he was still a young person. I was focused on the ability to share my lived experiences and getting to share in his from the start. The depth of my relationship with Ja’Vante comes from that. We can talk about how we view life and our interactions in the world in a slightly different way.

Ja’Vante and I both have drive. Most of our conversations have really been about personal branding – who you are as a person, how you present yourself, how you navigate the world in a way that’s focused on the outcomes you are seeking to drive for yourself. He’s very focused on being successful, even if he doesn’t always know what that looks like… and he’s willing to do the work, and that to me is a really powerful thing."

"Sometimes people enter into these match relationships thinking they are some sort of savior. To me, that’s contrary to what it should actually be. Being fully ready to be in relationship, where both parties are growing and developing from the match and isn’t a one-sided thing, is crucial. It’s been refreshing for me to be part of a match where that’s the case.

Having Ja’vante as a Little Brother has opened my eyes to the complexities of being human. As an example – I personally think football is one of the most ridiculous things as a sport, and just flat out dangerous. But it’s something Ja’vante deeply enjoys and is good at. That’s where our being in relationship comes in. He’s really helped me understand why he loves football, so I support Ja’vante by cheering him on at his games and wanting to see him win." 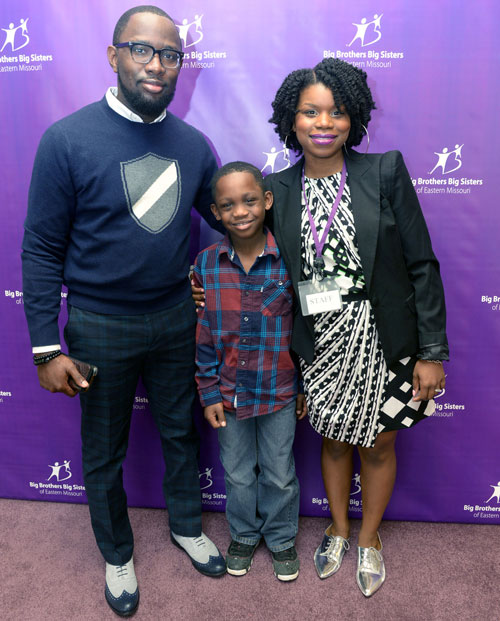 “Ja’Vante doesn’t need me, or my wife Patti, in this life… his parents don’t need us. That’s been the most powerful part of our relationship dynamic with him: Ja’Vante and his family welcomed us as just another set of perspectives brought into his life.”

"I think it’s important for Bigs to be intentional in recognizing the impact of race on any African American, Black, or other child of color they’re matched with. Even before participating in a program like Big Brothers Big Sisters, it’s important to assess where they have unconscious bias and how that can shape their expectations -- of relationship dynamics, or what the day-to-day life of their Little and their families looks like or could look like -- and be fully aware and ready to engage knowing they might still have bias, but be able to challenge and question that bias when it comes up.

The reality is that, ultimately, race impacts every facet of life in the United States whether it’s in your face or otherwise. There’s only a select group of individuals who have the privilege of opportunity to move through life without being impacted by race, or having to think about its impact on their lives. Ja’Vante and I have never talked about race related to our ability to achieve our desired outcomes, but my experiences as a Black male shape my conversations with him without me having to reference race directly, and my awareness of race has played a role in our relationship."

Show Up For Youth Today

Your perspectives can add to a child's outlook -- and grow with your Little's, too. Apply to become a Big Brother, Big Sister, Big Couple, or Big Family today to start that journey!