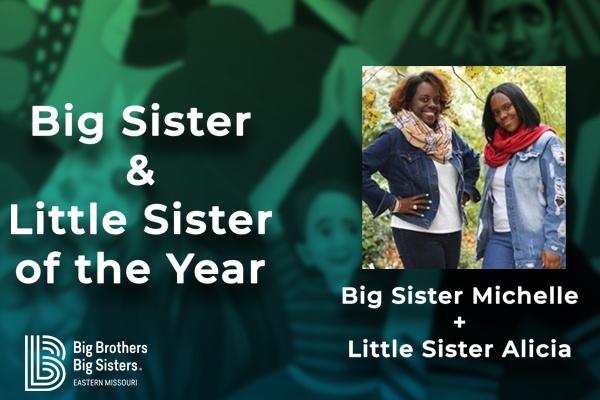 Little Sister Alicia and Big Sister Michelle’s 10-year + relationship is a powerful mix of mentorship and sisterhood grounded in purpose, respect, and love. Having key things in common has been vital to the strength of this match.

“I grew up in an area deemed the ‘hood’ and I hated that stereotype,” Michelle says. “So I was happy to be matched with a child who grew up in a similar neighborhood, within walking distance from where I grew up.” 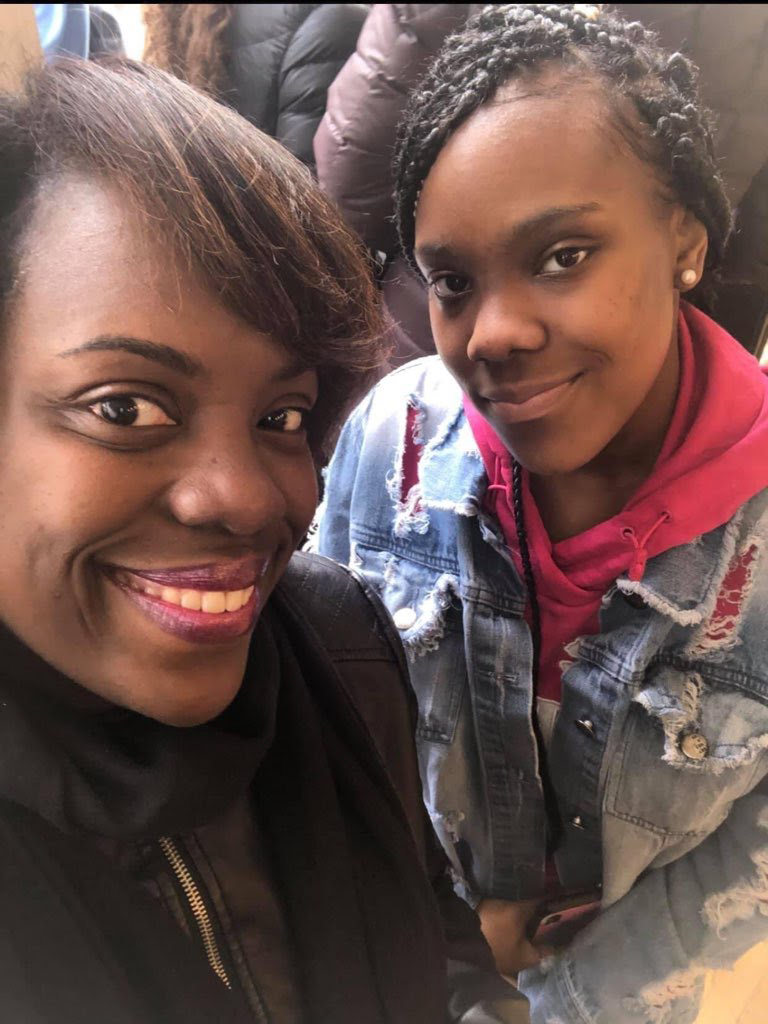 Big Sister Michelle was raised in North St. Louis City and ventured out to Peoria to earn her B.A. in English at Bradley University. Even before returning to STL post-graduation, Michelle set her mind to becoming a Big Sister to “pay forward” the empowering supports she got as a youth and young adult.

All too familiar with assumptions about North St. Louis youth, Michelle’s prioritized helping Alicia understand that negative expectations are not destiny. “Where you’re from – and people’s perception of where you’re from – doesn’t dictate your outcome,” says Michelle. “Just because you grew up in what the world calls the ‘hood’ doesn’t mean the ‘hood’ grows up in you.”

Expanding Self and Confidence

Alicia has always been a quiet, introverted person; Michelle calls herself serious. But in the space of their relationship, these “sisters” have tapped into other sides of themselves.

For Little Sister Alicia, that’s involved becoming more expressive and communicative with her Big. “As I got to know Michelle more, I got comfortable. It’s much easier to talk to her because she doesn’t judge.
When I come to her with a problem, she doesn’t try to give me a solution. But if I go to her to ask for advice, then she guides me and gives me direction.

“When I talk or spend time with Michelle, I feel confident in everything… like I can do anything if I put my mind to it,” Alicia says. 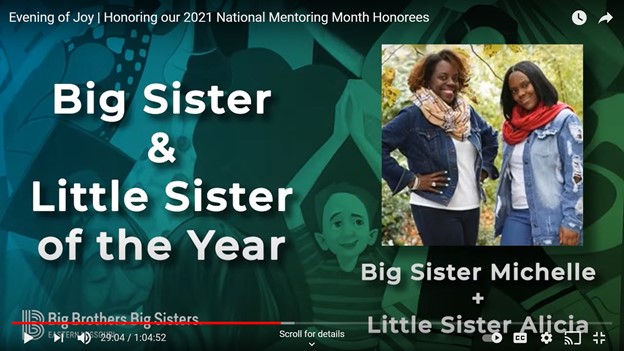 And for Michelle, recognizing some of her own tendency toward seriousness in Little Sister Alicia – and wanting to counteract that effect of hard circumstances – has shown her the value of levity.

“I’ve had to be playful with Alicia,”

Michelle says. “On my own, I look at situations from an adult perspective. However, because of Alicia, I recognize the kid/teenager in me… I’ve grown because I’ve been a mentor to Alicia.”

Likes and Looks That Match

Over the last decade, Michelle and Alicia have spent time doing all manner of things side by side. They’re content just to share some pizza or grab breakfast cones at Jeni’s Splendid Ice Creams. They’re equally happy volunteering together at community-focused events.

Alicia and Michelle have also staycation’ed in St. Louis and made plans to visit Southeast Missouri State University (SEMO) together. In fact, they’ll be masking up soon to do another college tour before Alicia receives her high school diploma in late spring.

If you took Alicia and Michelle for kin, you’re not alone. Many have mistaken them for blood relatives, especially over the last several years.

“People say we kind of favor each other,” Alicia laughs shyly. “I don’t really know why, though…”

Michelle says it’s not just their physical features. “Alicia’s personality is so similar to mine, people think she’s mine…” 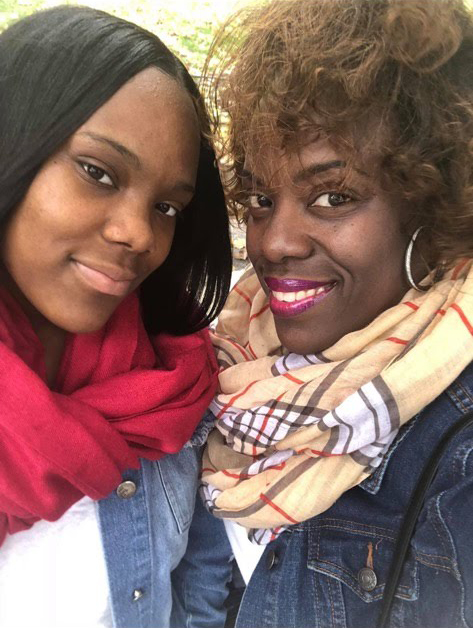 A Relationship for the Long Haul

These “Sisters” have a genuine relationship: this pair plans to stay in each other’s lives, very much connected as sisters with many more memories and shared experiences to come.

“When I graduate high school,” says Alicia, “I know our bond will still remain the same… and when this pandemic is over, I hope to travel with Michelle because I know she’s traveled a lot and she has experience.”

“I’m going to be there for Alicia forever,” says Michelle. “I’ve even joked with her, ‘I don’t have any kids, so you’ve got to be productive so you can take care of me and I won’t have to be placed in a nursing home. I’m so excited to see where Alicia goes in life!”

At Big Brothers Big Sisters of Eastern Missouri, we believe every one of us can benefit from having one more person invested in our success. Ready to be part of a one-of-a-kind match with a one-of-a-kind Little?
Apply to volunteer as a Big today!