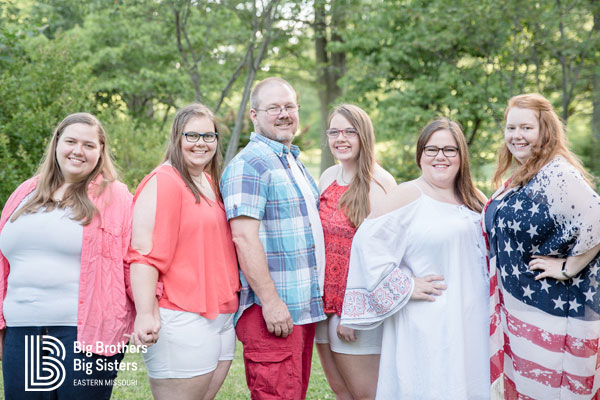 Dwight Mazanec is known to be a humble man. The solo dad of five daughters is a beloved Parent at BBBSEMO, where he’s found a village for four of his girls. Dwight’s also been an incredible partner & champion of our work.

Since our Parent of the Year tends to lean quiet, here are two photos capturing the essence of Dwight. As the saying goes, “A picture’s worth a thousand words.” And these pictures say a great deal about him! 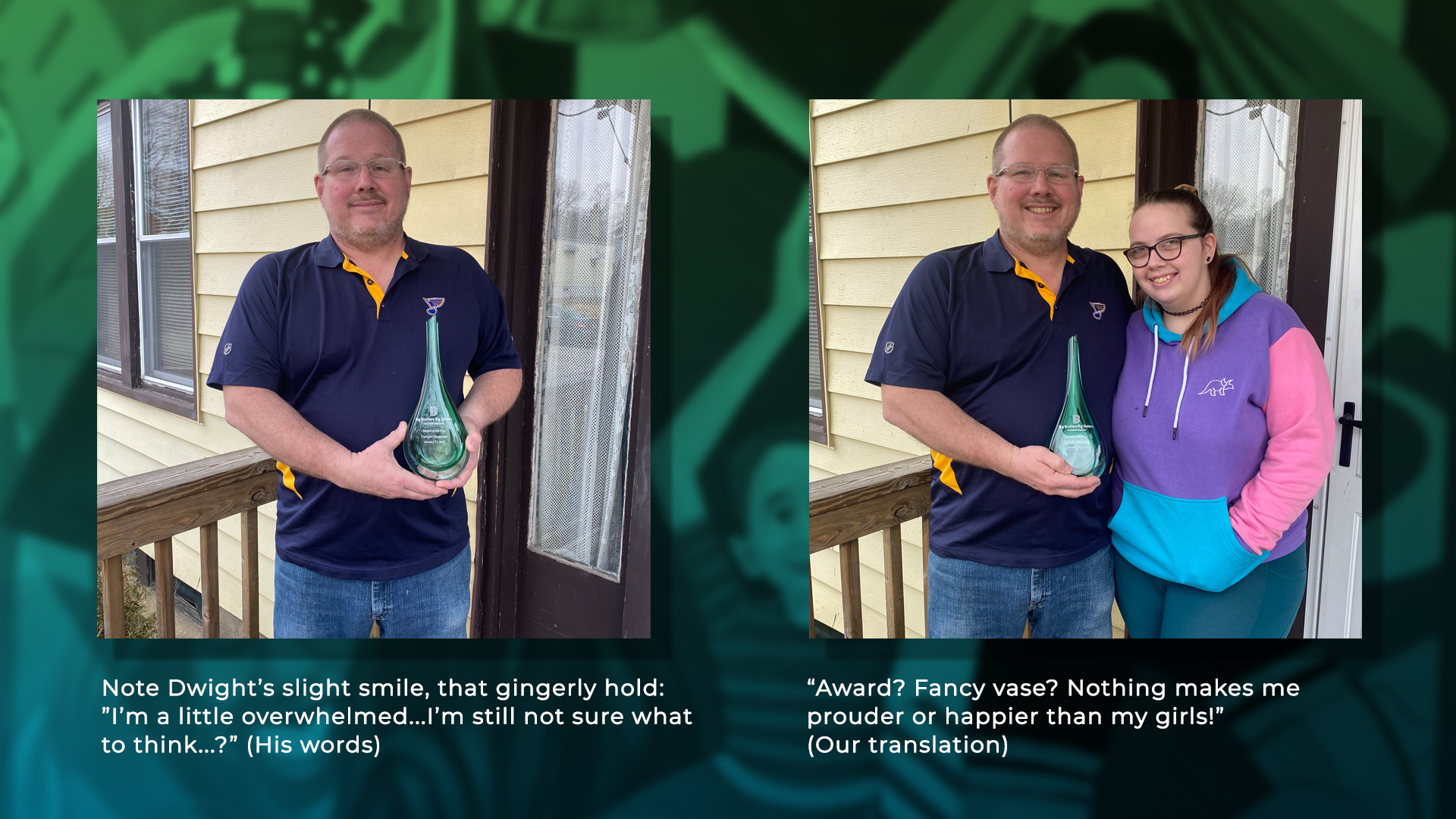 We checked in with his daughters, their Bigs, and even his mother-in-law for their words on Dwight as a devoted #GirlDad and four-time BBBS Parent. (This might be a good time to get some tissues ready!) Together, their insights paint a touching portrait of a man who’s poured into his children and worked to give them his very best. 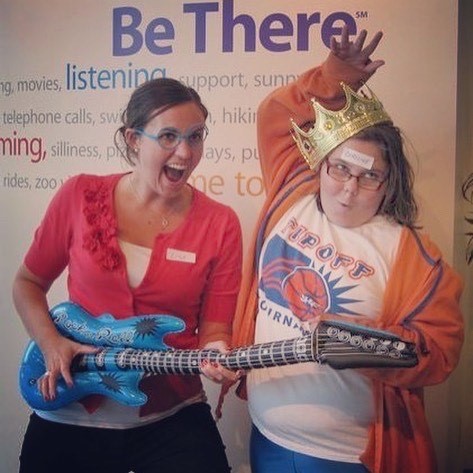 Mother-in-law and grandmother Rainey
When Dwight lost the love of his life over 14 years ago, they all went to Annie’s Hope together, and that’s where he got the idea to sign them up for Big Sisters. I think he knew he was in over his head in what he needed to do… I remember him telling us about the program, “Each girl needs to have somebody they can talk to that’s not a sister, somebody special just for them.” I’m really excited Dwight has received this honor. He is totally committed to his girls.

“From Day 1, Dwight’s been super involved in all his daughters’ lives. I was impressed how on top of things he was. He had more than one job, and anytime I’d call, he’d have Caroline’s full calendar and when/where she’d be. When I read Benchmarks of Love – a book his wife wrote when she was sick – it gave me such insight into what he did as a husband and a father. 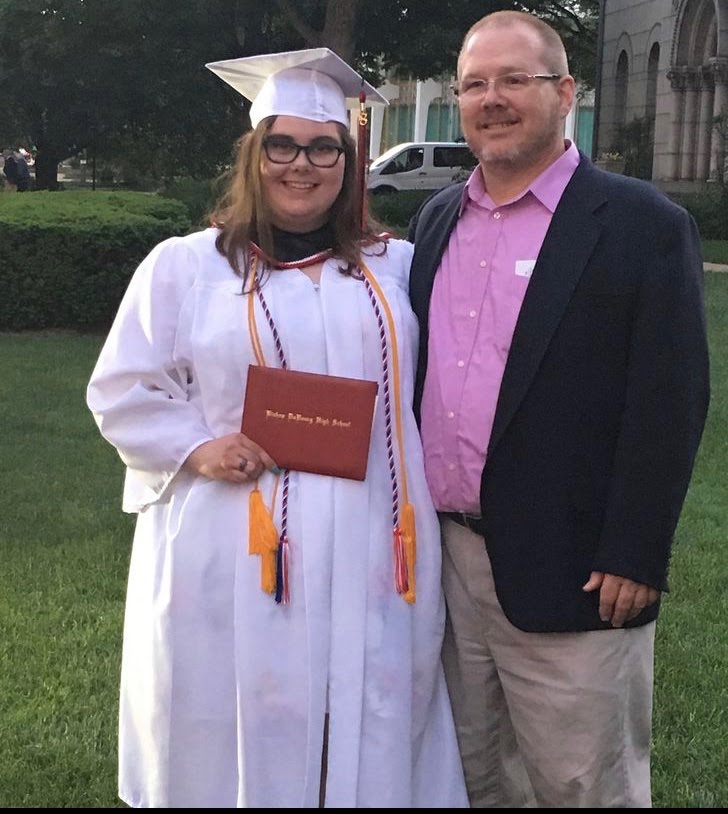 “With one parent and five kids, there weren’t many 1-on-1 opportunities to spend time together (though my dad made sure to make those happen when we needed them). So when he explained what Big Brothers Big Sisters is, I was beyond excited to have someone to hang out with all on my own. It was really awesome to have somebody there that I didn’t have to share. My Big Lisa has added so much to my life as someone outside my family I was able to (and still do) look up to while also being someone I can confide in with any problem, especially ones I don’t necessarily want to discuss with my dad.

You deserve to be Parent of the Year, Dad! Love you!" 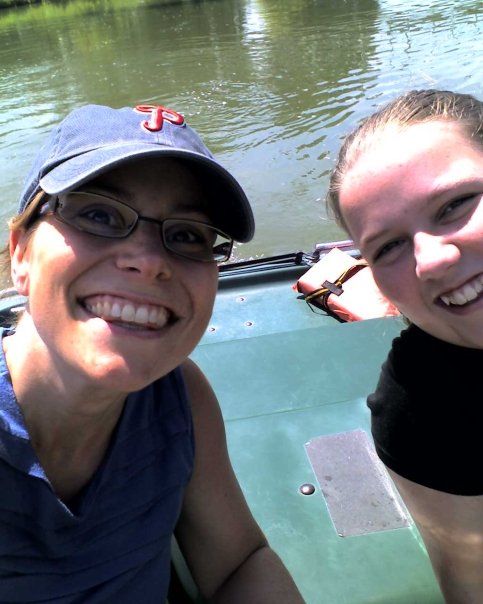 “I remember very clearly the first time we met, Dwight was not trying in any way to direct the interaction Rebecca and I were having. He was very encouraging, allowing my relationship with her to just happen, and was there to be a quiet, strong support.

I feel like being a non-family member female in Rebecca’s life, I’d be the obvious person she’d go to with frustrations about her dad – the way any pre-teen or teen would – or if she wanted to get something off her chest. She’s not been effusive, she’s got some of her father’s quiet gene (laughs)… literally ZERO times did Rebecca ever say anything complaining or disgruntled abut Dwight. I’ve always admired that.

Dwight was rock-steady. Especially in experiencing the loss of their mom, I think being calm, steady, upright, moving forward was the biggest gift he could give to his daughters. It was overwhelmingly clear Dwight cared first and foremost about his daughters and encouraging them to be what they wanted to be. He was their #1 champion.” 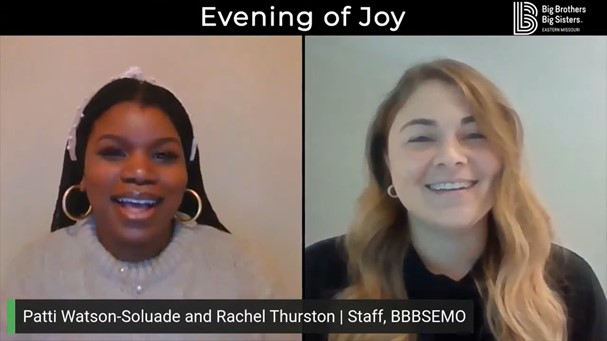 Hear from BBBSEMO staff highlights of Dwight’s best qualities at our “Evening of Joy: Honoring the BBBSEMO Village” celebration!

Katie – matched at age 14; now 26
“I was older when I was matched, so my dad “showed up” for me by hanging back. He let me do most if not all the communicating and scheduling with my Big when I was a Little Sister. That gave me autonomy. It also helped me learn how to handle relationships early on. Even when there were timing challenges with the match, my dad kept to himself so his own opinions wouldn’t cloud my experience.

He told me he got Parent of the Year like, “I got this email…” When he got the actual award, he brought it to show it off to our extended family when we got together. (laughs)

Dwight, please keep sharing our celebration of you with all those you love (and so clearly, dearly love you, too). Congratulations! And thank you for the privilege of calling you BBBSEMO’s Parent of the Year! 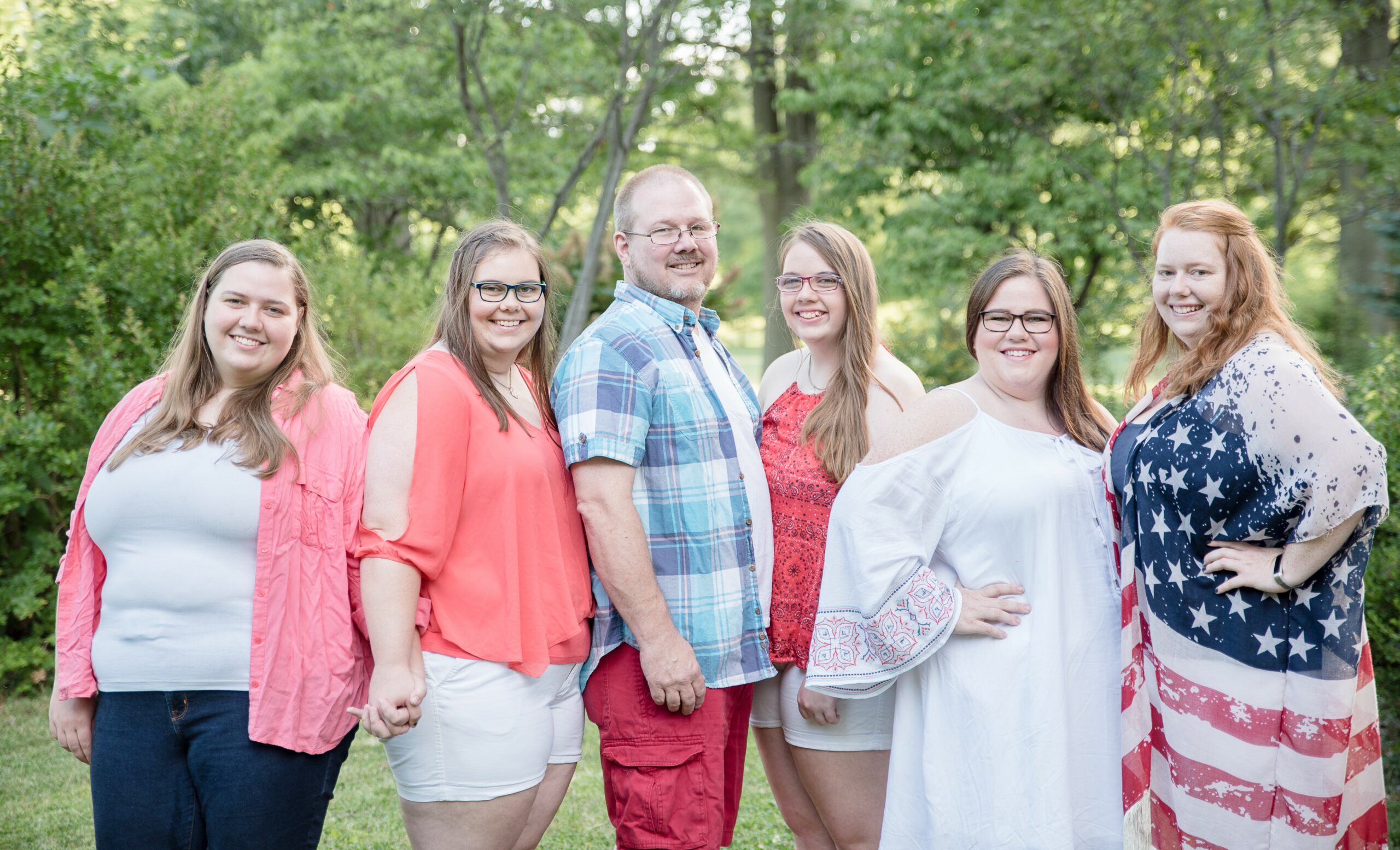 Share your time and heart by becoming a Big yourself!

Click here to learn how you can give back to those who’ve supported your growth and dreams.